BobalMusic.com is a long time client of Todd Jackson and Green Apple Dirty. This was a great site to work on as it was one of the first sites I had the privilege of working on for an active musician in the Austin, Texas music scene. 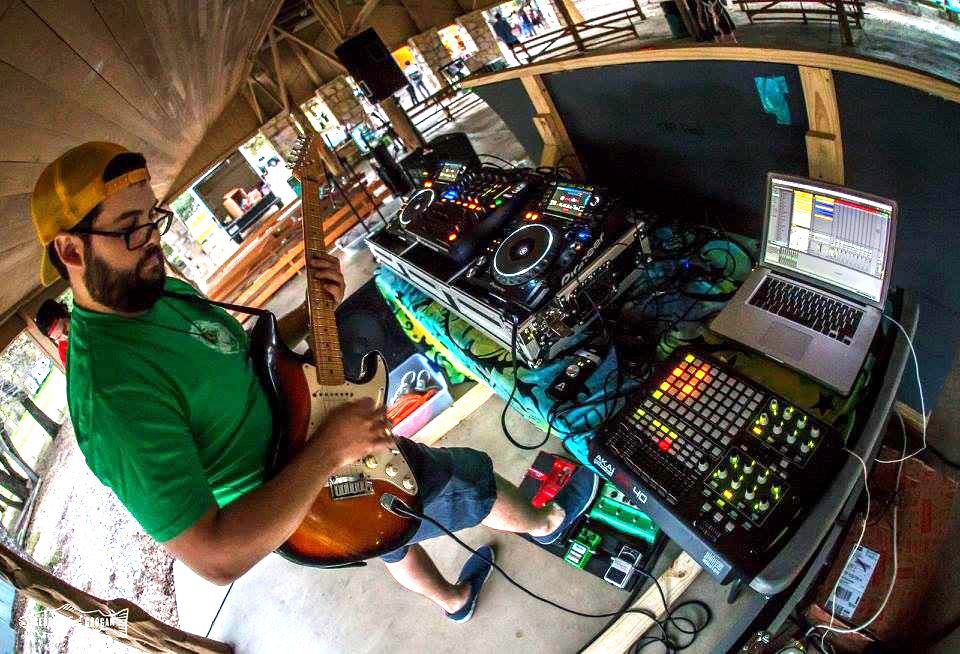 Bobal flawlessly combines classic Jam Band experience and mentality with high-energy spacey and swanky DJ vibes that you can’t help to get down to sun up to sun down. You may have heard him at a warehouse party or music festival in the woods around Austin, Texas grooving in front of a minimal DJ setup armed with his guitar. While initially mastering guitar, Bobal has extensively expanded his musical expertise to include: keys, drums, bass, original electronic music composition, and production.

Over the years, Bobal has collaborated with many different local Austin artists on the stage and in his home recording studio. After 7 years of ‘settling down’ and finally getting serious about composing music, he’s ready to start publicly releasing his meticulously eccentric and riotously creative tracks.

With 20 years and over 200 live performances in the Central Texas music scene, Bobal has played at notable Austin venues such as Stubbs, Antones, Empire Garage, as well as the famous Gruene Hall. He has performed at Backwoods, Euphoria, Art Outside, and Head for the Hills music festivals.